Going at your own pace

Going to university was never something I thought I would do. I constantly compared myself to my

high achieving friends and family and thought academia was a life I wasn’t cut out for. On results

day, I camped out with friends and listened as they announced from their tents that they’d gotten in

to their first choice, and on the walk down to school to collect results my friends lined up for their

ever seen. I begrudgingly applied through UCAS after being told staying at home would be a ‘waste’

of my A levels. Having no idea what a ‘city campus’ was, much less what I wanted from a city I would

spend three years in, I chose a university almost at random on results day and moved in a month

I felt quite uneasy and wasn’t sure if I wanted to go; I didn’t know anything about the city and the

glee and excitement I saw in my friends was completely alien to me. After one term I told my family I

didn’t want to go back, despite loving the course and being blessed with some truly caring

housemates. It wasn’t what I’d chosen, the city wasn’t for me, and I felt isolated. After being told to

‘give it one more term’ every time I came home, I’d somehow made it to the summer of my second

year. By this time, I had accepted that university was just going to be a slog that I had to endure and

that in one more year I’d have the degree and I could move on. At this point I went to see a

university counsellor that asked me what I wanted, and I explained that I felt like I hadn’t chosen to

be there, and it was too late to change path. Over a few sessions, we teased out that I loved History

and my tutors, but that I hadn’t had the opportunity to choose and this caused me to feel like I was

masquerading in someone else’s life. I learned that you can’t convince yourself you’re happy with

lists of pros and cons and wishing time away one term at a time.

clearer to me what I wanted. I wanted to be surrounded by the energy of a bustling city and have

more opportunities to be active outside of my course, and it was ok that I wasn’t finding that where I

Eventually I shared with some friends that I was unhappy where I was and I wanted to move. They

assured me I could do it though it would be difficult, we were in the midst of strikes and getting hold

of my tutor was near impossible to discuss an exam, let alone to discuss transferring somewhere

else. In the end, a tutor met me for coffee and I explained what I wanted from uni and why I

thought I should move. He offered to read a sample of my writing that I’d send off for my transfer

application, and encouraged me to aim higher with my choices now that I had undergraduate writing

that would be considered alongside my A levels. This resulted in me getting in somewhere I wouldn’t

have been accepted to originally. By then I knew what I wanted from my surroundings and I was

more equipped to choose. I chose to live with a house full of people I had never met, and I had to

repeat a year. The changes were huge, but this time they were changes I had chosen. For the first

couple of weeks my anxiety was running high, but I began to understand the excitement my friends

were feeling. As I settled, I began to achieve higher academically and get involved in new hobbies

outside of my course.

Sometimes we are convinced of what our next steps ‘should’ look like; I was told I ‘should’ go to

Living by someone else’s standards can make anxious voices or low moods much louder, and

listening to yourself and recognising that you don’t have to get a degree in three years, you don’t

have to go straight after school or college, and you certainly don’t have to ‘just go’ for fear of missing

out. I have since graduated from my second uni with a grade I’m proud of, and I’m currently

completing an MA. It has taken me five years and I’m incredibly glad I didn’t just ‘stick it out’ where I

wouldn’t have met some of my closest friends!

Whether you are looking for support for your own mental health at
university or supporting a friend, help is available. 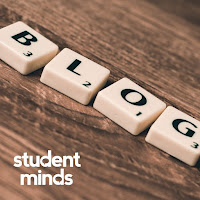 I’m Hollie, a Masters student in Cultural History at Liverpool. After focusing mainly on the History of mental health and psychiatry, I am continually surprised by how much we have learned about the human mind and how to soothe our anxieties, and yet how hard we continue to push ourselves to please other people, to our own detriment. I hope to continue my interest in mental health and medical history, and get more involved in mental health advocacy. The culture surrounding mental wellness still has a long way to go and blogs like this seem like a great place to start.

6 Changes In Eating Habits That Can Significantly Improve Your Health

What to know about dental anxiety

Starting Back at University During January Blues

Addiction Is Messy, But These Things Help Me Stay Clean