Traffic accidents are a leading cause of death and injury in the United States. Every year, thousands of people are injured in car accidents, and many more suffer from long-term health problems as a result. If you have been injured in a traffic accident, it is important to seek medical attention right away. In this article, we will discuss some of the most common injuries that occur after a traffic accident.

Fractures are one of the most common injuries that occur after a traffic accident. You’ve probably seen some breaking news stories about car accidents where the driver or passengers have been seriously injured. In many cases, these injuries are due to fractures. A fracture is a break in the bone, and it can occur when there is a sudden force applied to the bone, such as in a car accident. For example, a common type of fracture that occurs in car accidents is a skull fracture. This is a break in the bone around the eye socket or the base of the skull. Skull fractures can be very serious, and they often require surgery to repair. Generally speaking, fractures can be very painful and can take weeks or months to heal properly. If you have suffered a fracture in a traffic accident, it is important to seek medical attention right away.

Another common type of injury that occurs after a traffic accident is a traumatic brain injury (TBI). A TBI is a type of brain damage that can occur when the head is suddenly and violently jarred. In a car accident, this can happen if the head hits the steering wheel, the dashboard, or the windows. A TBI can also occur if the head is hit by a flying object, such as debris from the accident. Symptoms of a TBI can range from mild to severe, and they can include headaches, dizziness, nausea, fatigue, confusion, and memory problems. It’s important to note that you shouldn’t move if you think you might have a TBI, as this could make the injury worse. 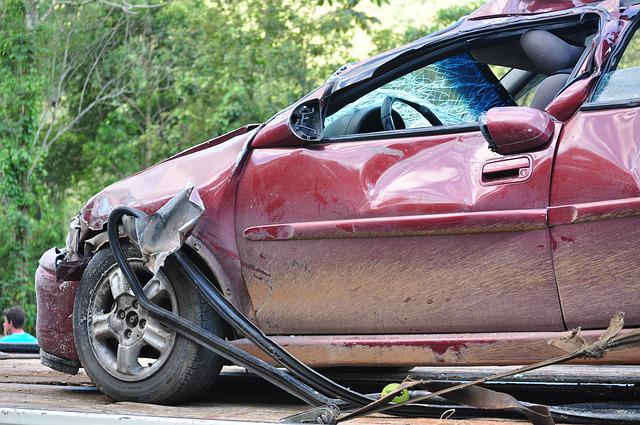 Paralysis is another common injury that can occur after a traffic accident. Paralysis occurs when there is damage to the nervous system, and it can result in the loss of feeling or movement in the affected area. In some cases, paralysis can be temporary. However, in other cases, it can be permanent. The severity of paralysis depends on the location and extent of the injury. For example, if the spinal cord is damaged, this can result in quadriplegia, which is paralysis of all four limbs. If the injury is in the brain, this can result in paraplegia, which is paralysis of the lower body. Paralysis is a very serious condition, and it often requires long-term care. It’s important to note that you can sometimes prevent paralysis by not moving if you think you might have suffered a spinal cord injury.

Burns are another common type of injury that can occur after a traffic accident. Burns can be caused by a number of different things, such as fires, chemicals, or electricity. In a car accident, burns are usually caused by the airbags deploying. Airbags deploy at a very high speed, and they can cause friction burns. These are burns that occur when the skin rubs against a rough surface. Burns can also be caused by exposure to heat or flames. Symptoms of burns include pain, redness, swelling, and blisters. Burns can range from mild to severe, and they often require medical attention.

Traffic accidents can cause a variety of different injuries, some of which are quite serious. If you have been injured in a traffic accident, it is important to seek medical attention right away. Failure to do so could result in further injury or even death. The sooner you receive treatment, the better your chances are of making a full recovery.

What is friendship therapy and how could it help my friendships?

Jen Shah Pled Guilty to Fraud. What Happens Next